It’s pretty common knowledge that vitamins are a critical part of our diet. Our bodies are made to be dependent on these micronutrients in order to function properly. Most of the vitamins are found in food, and we can obtain them from it, but many people these days don’t seem to live on a wholesome diet. To some that may seem insignificant enough to pay attention to, but nutritionally-poor diets could easily lead to many health issues, both physical and mental, and that’s not something to be ignored.

Vitamin deficiencies are actually not so rare nowadays. Many experience health problems without even suspecting a vitamin deficiency as the root for all the trouble.

In regard to this, it’s only right we say that one of the most common vitamin deficiencies is the one for vitamin D. If you’re having a hard time acquiring enough of it, you may try to cover 100% of the daily requirement via this organic vitamin D supplement, specially blended with cold pressed organic coconut oil. Each capsule delivers 5000IU of highly potent vitamin D3. Vitamin D3 is best absorbed by the body when taken with fat, and what better fat than the one of pure extra virgin coconut oil?

How does vitamin D deficiency occur?

One of the reasons for the lack of nutrients such as this one is food. Vitamin D is not broadly contained in foods, that’s why in order to get sufficient amounts of it, you need to include certain eatables more often in your weekly diet. The richest foods in vitamin D are: fish (like salmon, trout, sardine, tuna, herring, catfish, halibut and more), as well as cod liver oil, yoghurt or fresh milk fortified with vitamin D, eggs, cheese, beef and calf liver. Some mushrooms too contain vitamin D, but approximate amounts vary because the mushrooms are deliberately exposed to solar light so that they can increase the vitamin’s presence. Make sure you eat some or all of these foods at least few times a week to prevent vitamin D deficiency.

Besides through your meals, you naturally absorb vitamin D through sunlight. We already accented on the importance of wholesome foods, now let us clue you in the importance of day light. While the derma absorbs ultraviolet B rays from sunlight, it makes a matter called pre-vitamin D3, which makes its way into the liver to shift into vitamin D3/calcidiol. There are particular proteins that escort calcidiol to the kidneys where it’s converted into vitamin D’s biologically active form calcitriol.

Since the amounts of vitamin D3 produced by your body depend on the sunlight your body is exposed to, you should get enough of it. That may prove a little difficult sometimes due to factors such as the season, cloudy weather, clothes, and sunscreen. According to the Linus Pauling Institute, high-factor sunscreens tend to reduce the vitamin D the body produces by 95%. Though the skin needs optimal sunlight to produce vitamin D, and other substances as well, you should be careful how long you stay under the sun rays because of the risk of melanoma (skin cancer).

What’s the difference between vitamin D and vitamin D3?

Just like D2 (named ergocalciferol), vitamin D3 is a form of vitamin D. The D3 form is called cholecalciferol, and it’s the type that it’s generated in human skin. Vitamins D2 and D3 both have to be converted into calcitriol (a type of hormone) in order for the body to profit from their benefits. To generalize both variations, vitamin D is often referred to as simply calciferol. 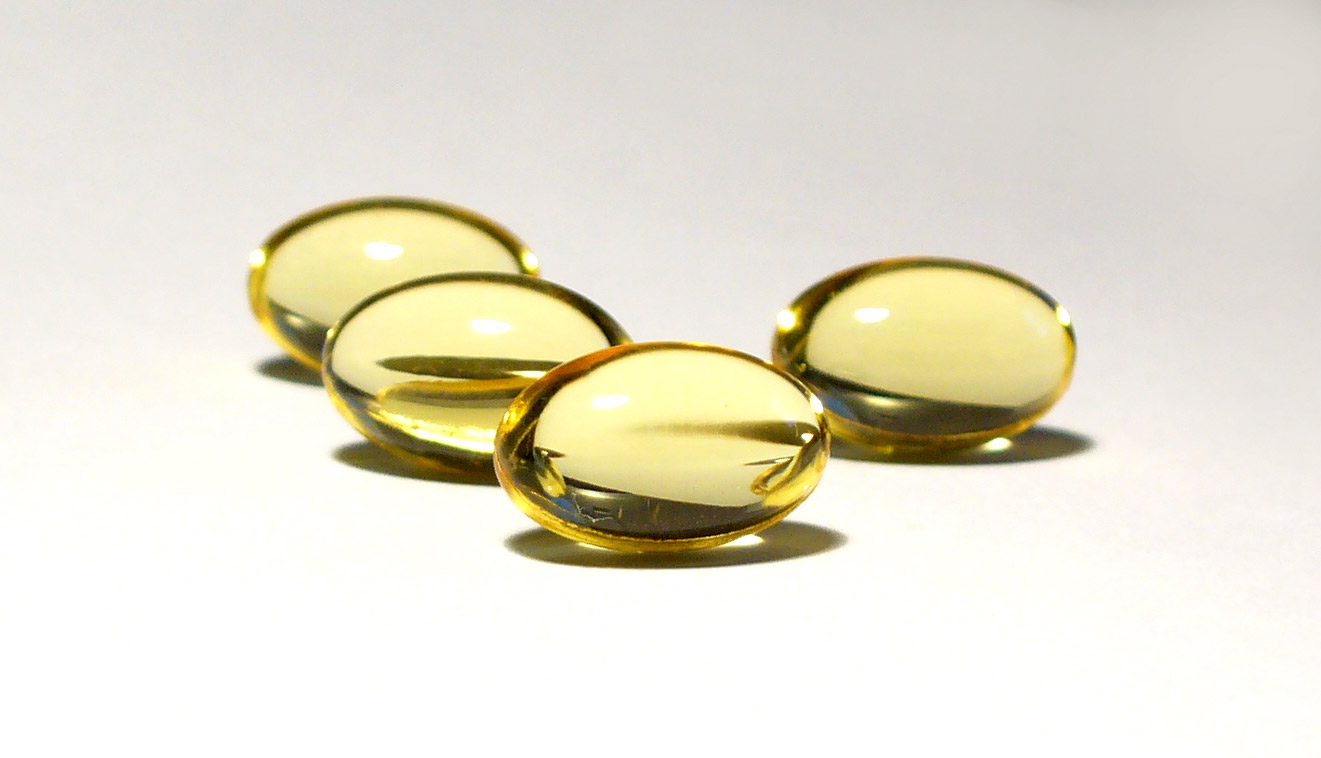 Getting this organic vitamin D supplement will help you profit from the vitamin’s effects. First of all, let’s start with the more popular benefit of vitamin D, namely the ability to secure proper growth and fortification of the bones and teeth. This quality is caused by the vitamin’s perk to ease the absorption of calcium and phosphorus, as well as to boost the immune system.

Michael F. Holick, PhD, MD, who is leading the Vitamin D, Skin, and Bone Research Laboratory at Boston University School of Medicine, says that activated vitamin D is one of the strongest inhibitors of cancer cell growth. He also says that the nutrient can stimulate the pancreas to make insulin.

There’s a report published back in February 2004 in the Journal of the American Geriatrics Society. It states that scientists from the University of Basel in Switzerland showed that elderly women who took calcium along with a vitamin D supplement for 3 months, reduced their risk of falling by 49% compared with taking only calcium.
The next study serves as another evidence that taking a vitamin D supplement is worth it. An edition of Neurology, published on the 13 of January 2004, indicates that women who consume more than 400 IU of vitamin D typically found in multivitamin supplements, have 40% lesser chance of developing multiple sclerosis than those who do not take a vitamin D supplement.

In December 2003 there was a study published by the Journal of the American Medical Association. In it, data collected from 13 Veterans Affairs medical centers shows that out of 3000 veterans from 50 to 75 years old, those who took more than 645 IU of vitamin D on a daily basis, along with an average of 4g fiber (from cereal), had 40% less risk of having precancerous colon polyps.

Vitamin D can play the role of a natural steroid hormone, as it plays part in neuromuscular functioning. More specifically, this nutrient impacts protein synthesis by controlling neuromuscular functioning. Tests show that people with vitamin D levels below 30 nmol/l tend to experience weakness, muscle loss, and lower strength. Besides that, low vitamin D intake can predispose your muscles to fattening. In a study conducted in California, 24% of the girls of age 16-22 were deficient in vitamin D (< 20 ng/ml), while 59% had insufficient vitamin D levels (< 29 ng/ml). Upon the study, scientists confirmed that there was an invert correlation between % muscle fat and vitamin D status. With better presence of this nutrient in the body, people will have less fat infiltration in their muscles.

Furthermore, vitamin D is essential for proper immunity condition, plus it has effect on few autoimmune diseases. Because it controls the expression of genes that stimulate the immune system to attack and destroy viruses and bacteria, the nutrient ca help the body defeat colds, flu, and various infections.

A lot of people aren’t aware of this, but vitamin D helps the body maintain DNA integrity. Basically, the nutrient has 2 functions related to DNA. The first one serves to prevent DNA damage to the tissue, the second assists in controlling cell growth speed. Different trials on both humans and animals have hinted at vitamin D’s ability to reduce the oxidative stress to the DNA cells.

First off, let’s discuss how much vitamin D you should consume. Over the years there has been a lot of controversy regarding the optimal intake of vitamin D that is needed for maintaining good health. Past norms declared by doctors and scientists are considered low today, as latest studies suggest that our body needs more of this nutrient. Recent discoveries have lead the Institute of Food and Agricultural Sciences to suggest new daily vitamin D norms based on international units—IUs:

Some sources even propose that higher doses such as 2000 IU a day are needed.

As we said, in the past, before the new millennium, doctors’ perception of sufficient vitamin D levels were different, therefore, vitamin D deficiencies were supposedly out of control. Different researches have indicated worrisome statistics, and respected researchers like Dr. Holick assess that nearly 50% of the whole population is at risk of either vitamin D insufficiency or deficiency.

What are the symptoms of vitamin D deficiency?

One of the most common symptoms are bone aches, especially combined with fatigue. This type of vitamin D deficiency is called osteomalacia. There’s another type of deficiency that causes osteoporosis in adults. In such cases, there’s a defect in putting calcium into the collagen matrix into the skeleton structure. Many doctors confuse these signs for chronic fatigue syndrome or fibromyalgia.

Shortage of vitamin D in adults might lead to cognitive damage.

Feeling depressed and having a bad mood is also another possible sign for vitamin D deficiency. When you’re not in sunlight enough, you don’t get enough vitamin D, but in such cases you could have your serotonin levels gone down too, as serotonin is a brain hormone whose optimum levels are also connected to sun exposure. In 2006, scientists made a study involving 80 elderly patients, and made a conclusion that those with lower vitamin D levels, were 11 times more prone to depression than the rest.

If you have a gastrointestinal disorder that impedes your ability to absorb fat, you may end up being vitamin D deficient. That’s simply because this vitamin is a fat-soluble one.

Picking up from the last supporting point regarding the fat-soluble character of vitamin D, we could say that obesity can be a cause for vitamin D deficiency too. Because the body fat collects it, if you’re overweight you may need more vitamin D than a thin individual. The same goes for people with high muscle mass index.

A classic symptom of vitamin D deficiency is a sweaty head, according to Dr. Holick’s opinion. Doctors even used to ask new mothers if their infant showed such symptoms namely because of this. Profuse perspiration in newborns caused by neuromuscular irritability is to this day described as an early symptom of vitamin D insufficiency or deficiency.

Children who lack this nutrient may also develop asthma.

If you want to learn some more about the symptoms of vitamin D deficiency, check out this video with Dr. Josh Axe

If you’re experiencing one or a few of these symptoms, and want to learn if you’re vitamin D deficient or not, it’s best that you visited your physician, and had a vitamin D blood test that checks your 25(OH)D level. Or you can supply yourself with a vitamin D home test kit (you can buy it on Amazon) to take care of that personally. A level of 20 nanograms/milliliter to 50 ng/mL is thought to be normal. If your result leans towards 12 ng/mL, it means that you’re suffering from vitamin D shortage.