Moringa is the more common name of the species “Moringa oleifera” and it is the sole genus in the flowering plant family “Moringaceae”. Cultivated as a multipurpose tree, Moringa is native to northwestern India (the foothills of the Himalayas), but it’s also cultivated throughout the tropics. Many parts of the tree are used for medicinal purposes, but we’re going to emphasize on the leaves, which truly are a nutrient power house. In fact, Moringa is among the most nutrient dense vegetables and has been used worldwide to cope with malnutrition, as it is a great naturally occurring source of minerals, vitamins and a wide number of amino acids. Today, there are even premium Moringa products like this Moringa Oleifera Leaf Powder by Organic India. 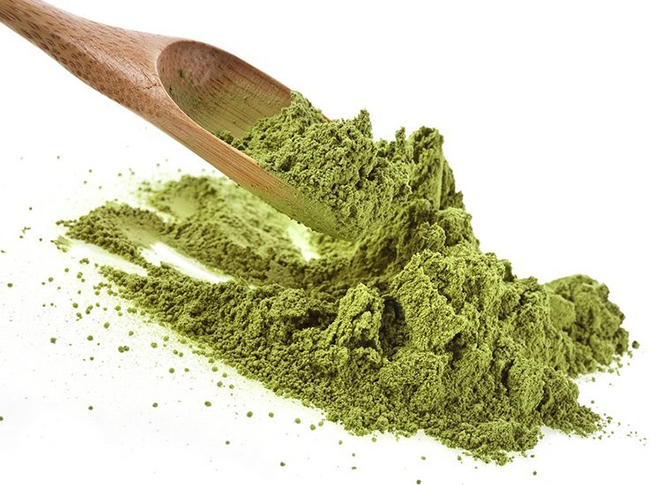 Use this 100% certified organic supplement on a daily basis and it will effectively help restore your imbalance. Add the concentrated superfood nutrition to your eating regime and this will guarantee you 6-10 servings of vegetables each day! Moringa is thought by many to be a miracle plant (considered to be both a herb and a vegetable) that has the potential to heal your health issues from inside out. 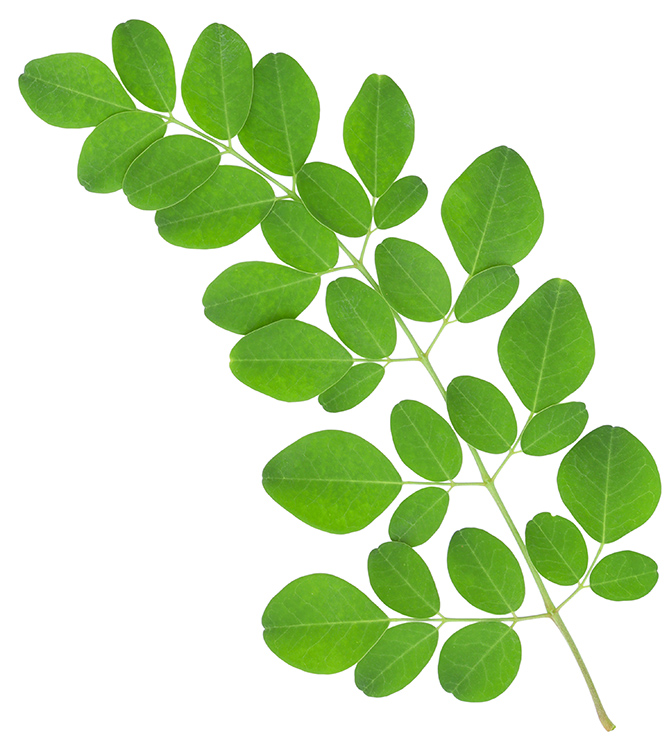 Moringa, and hence a GMO-free Moringa leaf powder dietary supplement like this one, is abundant in vitamins and minerals like Vitamin C, vitamin A, vitamin E, vitamin B1, vitamin B2 potassium, calcium, iron, copper, plus it is a good source of protein.

Moringa seeds on the other hand, contain 30-40% volatile oils that are mostly beneficial oleic acid, while degreased meal is 61% protein. The defatted meal is a flocculant and can be used in water purification to settle out sediments and undesirable organisms.

Another interesting fact is that when cattle are fed to the protein-rich leaves, they experience a weight gain by up to 32% and milk production by 43% to 65%.

Vitamin C is necessary for fighting illnesses, including flu and colds.

Calcium is essential for maintaining strong teeth and bones, and helps prevent diseases like osteoporosis.

Proteins are the building blocks of muscles and all body cells in general.

Potassium is connected to proper functioning of the brain and nerves.

Moringa can be a natural antihelmintic and also has antimicrobial character. Recent studies have shown that aqueous extracts of Moringa are inhibitory against numerous pathogenic bacteria, including Bacillus subtilis, Staphylococcus aureus, Pseudomonas aeruginosa and Escherichia coli in dose dependent manner (Saadabi and Abu Zaid, 2011). Moringa extracts are also counteracting against B. subtilis and Mycobacterium phlei (Eilert et al., 1981). To boot, leaf extracts of Moringa are said to be effective in checking growth of fungi Basidiobolus ranarums and Basidiobolus haptosporus (Nwosu and Okafor, 1995).

There was a study comparing relative antimicrobial activity of seed extracts against fungi (Fusarium solani and Rhizopus solani) and bacteria (Pasturella multocida, E. coli, B. subtilis and S. aureus), which lead to the conclusion that P. multocida and B. subtilis were the most sensitive strains, and their activity was influenced by cations (Na, K, Mg and Ca2+) (Jabeen et al., 2008). There was even an experiment involving ethanolic extract of leaves, seeds and flowers, which pointed towards the antimicrobial properties against E. coli, K. pneumoniae, Enterobacter species, P. aeruginosa, Proteus mirabilis, Salmonella typhi A, Streptococcus, S. aureus and (Nepolean et al., 2009). Moringa contains a certain compound called pterygospermin, which also has strong fungicidal and antibacterial activity. A few other Moringa components have been reported with the same beneficial activity: 4-(a-L-rhamnopyranosyloxy) benzyl isothiocyanate, 4- (4′-O-acetyl-a-L- ) benzyl isothiocyanate, niazimicin and 4- (a-L-rhamnopyranosyloxy) benzyl glucosinolate.

Moringa Oleifera offers anti-asthmatic properties. This has been established a long time ago, as the plant’s alkaloid moringine strongly resembles ephedrine in action and can be used as a natural asthma treatment. It has the capability to relax the bronchioles (Kirtikar and Basu, 1975).

Most parts of the plant have been used for years as an effective anti-inflammatory means.

In addition to the anti-inflammatory properties, when applied directly onto the skin, Moringa can be a great skin tonic, it can serve as a germ killer or astringent (drying agent). Other conditions which Moringa is effective when used locally are abscesses, dandruff, athlete’s foot, gingivitis (gum disease), warts, snakebites and wounds.

Moringa leaf powder can balance the pH levels, which is a great health benefit, because too much acidity in the body can lead to serious illnesses.

The antipyretic activity of Moringa can be assumed as a result of the bioactive constituents that bear anti-inflammatory character. A conducted experiment assessed the antipyretic effect of petroleum ether, ethanol, ethyl acetate and solvent ether extracts, all of which are found present in the vegetable.

The wondrous herb can play the role of an aphrodisiac, thus improving sex desire.

The wide medicinal uses of Moringa don’t end here, because the plant has diuretic, cholesterol-lowering and antihypertensive properties. The blood-pressure stabilizing properties are owed to several bioactive compounds which have direct beneficial influence on the blood pressure. These elements include mustard oil glycosides, nitrile and thiocarbamate glycosides, which are found in Moringa leaves. The diuretic character of Moringa comes from almost all parts of the plant – the leaves, roots, gum, flowers and the aqueous infusion of seeds. The leaves have cholesterol-lowering effects, because they contain b-sitosterol, which is a bioactive phytosterol.

The vegetable’s leaves, seeds and fruits have been reported to have high antioxidant activity. Extracts of ethanol and methanol, contained in Indian sorts of Moringa, show the highest antioxidant activity with 65.1 and 66.8%. The antioxidant power of the plant is also backed by key bioactive compounds of phenolics, such as quercetin and kaempferol. We all know how important antioxidants are for the preservation of our health and the prevention of dangerous illnesses such as cancer and neurodegenerative disorders, caused by harmful free radicals.

Picking up from the antioxidant properties, Moringa has also been classified as a potential anti-cancer plant, due to the fact it contains a few bioactive anti-tumor components like niazimicin, that have been shown to inhibit tumor growth. To boot, niazimicin indicates the prohibition of tumor promoter teleocidin B- 4-induced Epstein-Barr virus (EBV) activation (Murakami et al., 1998).

Moringa may relieve or prevent ocular diseases, because it’s a rich vitamin A source. Vitamin A deficiency is associated with blindness, ranging from impaired dark adaptation to full night blindness. Consuming Moringa leaves or Moringa leaf powder can aid in the prevention of eye conditions in children and night blindness in general.

All parts of the plant (including the leaves) have shown circulatory and cardiac stimulating activity. Moringa leaf extract is a hypolipidemic agent which means it’s a lipid-lowering natural drug, that lowers heart weight, body weight, serum cholesterol levels and triglyceride levels. The leaves’ antihyperlipidemic and anti-atherosclerotic activities were also analyzed using simvastatin as a control means (Chumark et al., 2008).

Moringa leaves have other applications too, like relieving headaches by rubbing them against the temple, treating diarrhea and gastric ulcers, stopping the bleeding from smaller skin cuts etc.