Nowadays, with the modernization and industrialization developing at strong rates, conventional agriculture has become more of a business rather than a way to supply the population with real, clean, safe-to consume food. Thankfully, people are starting to see reason and realize that now, more than ever, we need to go back to the roots of traditional, sustainable farming if we are to feed our and the future generations with quality nutrition. The only way we can achieve that is to support organic agriculture.

What Is Organic Agriculture

“Organic Agriculture is a production system that sustains the health of soils, ecosystems and people. It relies on ecological processes, biodiversity and cycles adapted to local conditions, rather than the use of inputs with adverse effects. Organic Agriculture combines tradition, innovation and science to benefit the shared environment and promote fair relationships and a good quality of life for all involved.” (General Assembly of IFOAM – Organics International)

The farming sector as a whole is facing difficulties, because farmers are having a hard time maintaining their livelihood. Organic is, however, a ray of light in this scenario, because organic agriculture has expended 5 times over the past 20 years, giving eco farms and conscious farmers hope in the overall dark picture.

Industrial farming has been causing a lot of damage to the environment in terms of biodiversity, soil deprivation, and water pollution. On the other hand, by utilizing sustainable agriculture farming methods, farmers would provide benefits for Nature and the society.

Organics farming and organic gardening are based on the fact that you have healthy soils that provide the minerals and other nutrients to the plants. Conventional practices involve chemicals utilization which gives the crops the nutrients in an artificial way so that growers can manage with far poorer soil.

In contrast, the good soil is also capable of holding water back, preventing floods, as well as capturing carbon, which plays a big role in managing the climate crisis humanity is facing today. So if you have to ask “why organic farming?”, guess there’s a pretty thorough answer to that question.

The European Union, for example, should look to gain higher rates of return in the CAP payments to provide a financial incentive for farmers so that they can have the stimulation to continue with this environmentally-beneficial agriculture form.

Policy makers and farmers are striving to come up with new ways to increase the volume of organic produce without harming the environment and things are looking good. Despite not being largely adopted, low-external-input and organic farming systems are already managing to produce big crop harvests, while avoiding pollution and minimizing energy consumption.

Natural and organic practices concentrate on refined scientific concept of how a farm works when integrated within an ecosystem, and how the farm itself is a separate ecosystem of correlated animals, plants, and insects. For instance, organic agriculture systems have already begun to incorporate methods such as long crop rotation to regulate legume cover crops and pests, as well as manure naturally to provide nutrients and make healthy soil.

A fresh review of a group of studies on such systems all over the world, has deducted that these systems are almost as effective as modern industrial agriculture in both developed and developing countries. Furthermore, what the studies have demonstrated is that animal and green manures used in bio farms can make enough fixed nitrogen to sustain high crop harvests with much less environmental imprint, and offer diversification options for farmers.

Another plus of these sustainable farming methods is that they won’t convert uncultivated lands, like forests, that are essential to the biodiversity (which is 34% richer with organic farming) and slowing down climate change. Such methods generate rich soils that retain water, isolate carbon, and oppose erosion. They don’t pollute the air, drinking water, and fishing waters. To boot, sustainable agriculture practices don’t harm the surrounding vegetation, that’s why it spares the health of pollinators, as they don’t put pressure on the bee populations. So you see, the benefits of organic farming on the environment are numerous.

The demand of organic produce is already increasing during the recent years. When the governments reward farmers for their conscious, alternative farming ideas and farm diversification, they would keep their work ethics, plus that would encourage more farmers to switch to organic farming methods, which in turn would cope with meeting the demands of those who seek real food.

Integration of organic agriculture in the city of Toronto

The studies we wrote about in the previous paragraph could disprove such doubts and statements to great extent. What’s more, even the most conservative estimate suggests that an organic farm can produce 80% as much as a chemical farm. The other pin point here is that the much bigger problem with productivity is food waste. Statistics disclose that nearly 40% of the food in Europe is wasted. In America the food waste rate is even higher. A report from the Guardian reveals that about 50% of the produced food in the US is ends up as refuse. That amounts approximately to 60 million tons or around 160 billion dollars of worth, numbers that are stunning to say the least, especially when it comes to something like this. Here pops the question out: Why would someone be concerned about the productivity of organic agriculture, when half the food that’s produced is outrageously thrown away in the first place?

First, let’s pay some attention to the necessity of preventing conventional agriculture practices from contaminating organic farms. This is a crucial point, because in order for something to be classified as organic and get that premium price that people pay with their good earned money, organizations and organic companies have to absolutely guarantee consumers that there’s no pesticide residue on their products. In the same time if there’s any contamination from neighboring farmers who are using pesticides, then organic farmers can’t sell their produce as organic at that moment. That doesn’t sound fair. In that reference, Supporters of organics believe that the either the neighboring farmer who’s contaminating the crops or the company that provides the chemicals should compensate the sustainable farmer.

Though more modern organic practices are stepping forward for producing higher yields, the growing organic market and the current production temps represent a challenge which leads to the costs of organic products being higher than those of mass production. Cultivation costs are also higher because more time and energy is required to grow organic food.

Supply-Demand correlation is suffering a mismatch. As we said, growing demand and limited supply augment the pressure on organic produce. Location-specific hybrid production strategies can be a solution to this problem by making organic food more mainstream. What adds to the price of the end products are things like: specialized training of the farmers, special processing and packaging, storage, logistics and distribution costs. Despite that, if companies invest and strive for achieving excellence in all those areas, that will ease the reduction of costs, hence prices of final items.

Another issue appears to be the shortage of choices and diversity in more segments of the food and drink market. Buyers would like to have more options when shopping rather than paying a little more for certain types of food, when the rest they consume is non-organic. Unfortunately, organically cultivated crop fields are a small part of the whole acreage of the crops. The pleasant news is that organic food categories have grown their number to 200, with products like fruits, vegetables, herbs and spices, flours, tea, cereals, honey, milk etc. What’s also crucial to the development and increase of organic categories is a precise regular audit and cross-contamination prevention.

Many farmers are skeptical about running a sustainable natural farm due to the higher production costs, as well as the 3-year transition time period when farmers are on hold before having their farms certified. The good thing is that this problem was discussed, particularly in the US by food manufacturers that offer financial incentives to compensate the transition period. For example, Kashi has created a seal “Certified Transitional” to label products originating from farm houses in transition. Ardent Mills pays farmers greater remuneration for foods grown on land in organic transition.

With all the talk surrounding organics, unfortunately awareness is still limited. Big part of the common folk don’t really know what exactly organic means, others can’t seem to distinguish the differences between organic farming and conventional farming. Consumers don’t quite understand the distinctions between natural and organic products, plus they could definitely have better knowledge on the benefits of organic foods. The foundation of organic farming schools or at least the integration of a school or university subject about organic agriculture would help the future generations have a much better grasp of the whole idea.

When it comes to products, people are also facing other cross roads when they have to pick domestic or imported brands. They often have doubts about quality, claims genuineness and certifications. Organic food producers and retailers should try better to increase awareness in non-metro cities.

One of the most important aspects here is the levels of access of organic foods. All income segments should have greater access to quality nutrition. This can be endorsed through different channels, like founding community-supported agricultural farms or initiatives like “grow your own food”. Organic awareness can be improved also by pointing out the impact estimation of conventional farming compared to organic farming. Here’s a quick fact to make a difference: in the United States, the harmful effects of conventional farming on health and the environment amounts from $5 billion to $16.9 billion yearly. The consumer pays that money in the form of decreased life quality because of pollution, as well as medical bills.

At last, but definitely not least, one of the major issues with promoting organic agricultural practices is the strong presence of fake organic products on the market. Counterfeit products have a huge negative impact because they shake consumers’ trust. The Government, however, has established strict penalties for selling non-genuine organic output. Organic farmers aren’t able to save their produce using pesticides as part of the traditional agriculture. Once again, the Government has the task to persuade research institutions, biologist, chemists, and agricultural scientists to come up with organic herbicides.

Read More
4 Basic Reasons Why You Should Choose Organic Meat 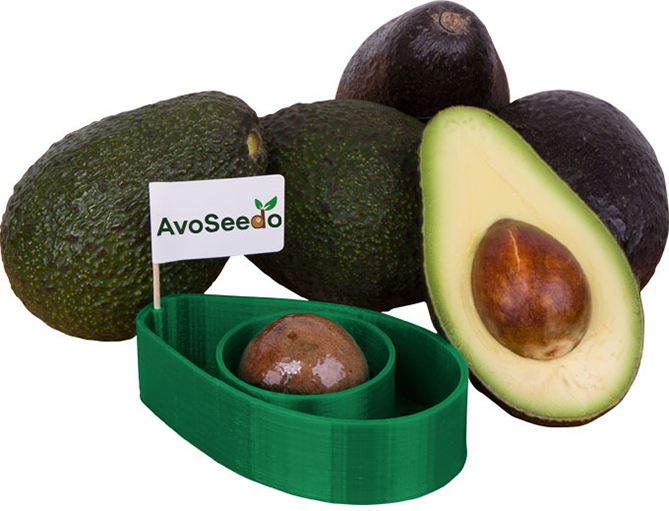