Organic foods and organic farming: How did we come to the idea and turned it into a lifestyle? 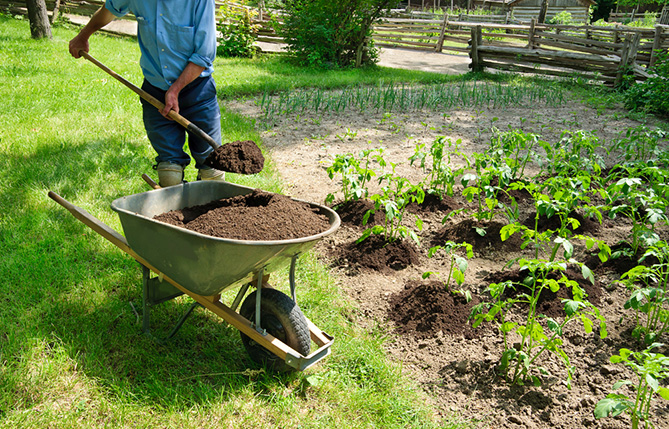 The common analogy people make, when trying to explain organic farming, is that it is a form of farming which has been used for thousands of years ever since prehistoric times. While this is largely true and a fairly accurate description, there are populations today, like tribes from the area of Kedjom Keku in Africa, which are not familiar with the concept of sustainable agriculture. Every couple of years after they exhaust the resources of the soil, they set out to find new lands for them to settle. There they start to fell trees to make new homes and in the process make space for their farmland.

This has been going on for generations and by today has caused serious damage to the local rain forest. It is obvious that organic farming is not so intuitive and that there is a need for well-defined principles and regulations which can be easily reproduced and taught.

Luckily, today this is already established thanks to the contributions of several key people beginning as early as the 1930s up to the USDA’s approval of national standards for organic food in 2002. With the discovery of synthetic pesticides and fertilizers the agricultural industry went into a boom. However these new chemicals that were being widely used were soon discovered to have severe deleterious effects on both humans and the environment. This brought on the need for research that was to provide a viable and competitive alternative and would produce strictly healthy foods.

The term organic farming was coined by Lord Northbourne in his book Look to the Land (written in 1939, published 1940). The initial concepts of organic farming were formulated by an Austrian philosopher by the name of Rudolf Steiner, even though at the time he called it biodynamic agriculture. The person that is considered the ‘father of modern organic agriculture’ is Sir Albert Howard as he was the first who had a scientific approach to the development of traditional farming methods.

Another pioneer in organic agriculture was J.J.Rodale, who not only carried out experiments to optimize a modern organic farm, but also found The Rodale Institute with the goal to reach and teach a wider public. Moving through the 1940s and in the coming decades many others got involved in optimizing the traditional farming methods, known for millennia, to fit the needs of the modern world. Events eventually led to the Organic Foods Production Act of 1990 and culminated in the creation of the National Organic Program (NOP) in 2002.

What were the reasons for all these people to be so passionately involved in improving organic agriculture?

Surely they are many and unique for every individual, but undoubtedly a common denominator must have been the simple fact that organic food is healthy. It is healthy for humans and it is healthy for the planet. The food that is produced by organic farming is free of pesticides, herbicides and insecticides. Eating it does not introduce foreign chemicals into the body and thus allows the body to absorb all of its nutrients and reap the health benefits that it provides.

The soil is not riddled with synthetic fertilizers like superphosphates or ammonia based chemicals which disrupt the balance of the ecosystem. The food chain in any environment is a very delicate system. If one cog in its machinery is slightly displaced or even worse – removed, it leads to a snowball effect which quickly destroys the interactions between the other parts.

This then raises the need to use other chemicals to try and restore the balance, however all it achieves is to compound the issue. Growing organic foods effectively eliminates all of the issue by not letting them arise in the first place.

Regrettably, the majority of the world’s produce is still acquired through commercial agriculture. The light at the end of the tunnel is that more and more people are turning towards organic foods every year. With better education, the ever growing accessibility of the internet and increasing area of organic farms we have the opportunity to make this lifestyle change and go organic much earlier in our lives. By eating quality food we will have better overall health and less need for pills and healthcare.

This will free up much of the any countries’ expenses, a portion of which they might hopefully invest in developing organic farming even further.

Today there is certainly a necessity for commercial agriculture. The area of land that is needed to produce the food that we 7 billion people eat is the size of South America. Considering that the human population is growing at a very fast rate, the situation will only be getting worse. In this sense commercial farms certainly have their merits, being able to grow bigger fruits and vegetables and confining livestock to small areas. They even grow faster and are sold quicker than the produce of organic farms.

These are points that are hard to overlook when considering how to run your farm, be it a company or an individual entrepreneur. Fortunately, we do have alternatives. Vertical farming is a fairly old concept that has just recently started seeing application. In short, this is a farm where crops are grown on more than one story. There are already several places such as the 4 stories tall greenhouse ‘Skygreens’ in Singapore or “Pasona O2” – the urban underground farm in Tokyo.

Organic farming has been developing and improving for a very long time. It was our method of nourishment in the past and is again slowly starting to gain in popularity. It is within our power as an individual to make this lifestyle change for ourselves, but also as a whole to influence the future of agriculture on this planet.

5 Reasons why should we eat organic foods: